On 15 February, “Dereliction” examined why Ireland has one of the highest rates of vacancy in Europe. Presenter Duncan Stewart considered how addressing vacancy and dereliction in our cities and towns could be the key to dealing with repairing sprawl, increasing housing stock and improving urban environments.

On 22 February, in “Higher Density Vs Urban Sprawl,” presenter Dr Lara Dungan, explored urban densification, the need to build upwards and make better use of under-utilised urban land, while providing attractive, affordable urban housing. She also covered the importance of proximity, density and diversity in city life by exploring the “15 minute city” model. 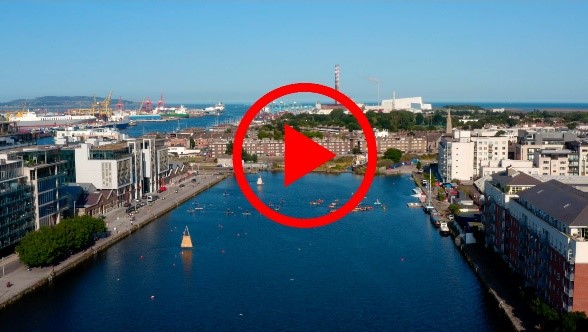 Since 2020, the OPR has collaborated with the producers of Eco Eye on seven episodes which examined the importance of spatial planning in creating more liveable villages, towns and cities. The first five episodes are available on our You Tube Channel.

© 2022 The Office of the Planning Regulator. All rights reserved.

You can find out more about which cookies we are using or switch them off in settings.

This website uses cookies so that we can provide you with the best user experience possible. Cookie information is stored in your browser and performs functions such as recognising you when you return to our website and helping our team to understand which sections of the website you find most interesting and useful.

Strictly Necessary Cookie should be enabled at all times so that we can save your preferences for cookie settings.

If you disable this cookie, we will not be able to save your preferences. This means that every time you visit this website you will need to enable or disable cookies again.

This website uses Google Analytics to collect anonymous information such as the number of visitors to the site, and the most popular pages.

Please enable Strictly Necessary Cookies first so that we can save your preferences!